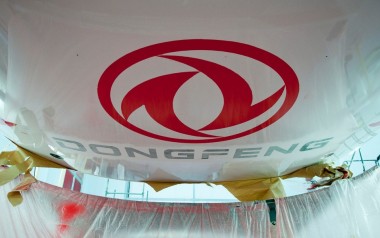 Beijing (China) – November 20, 2013 – The recruitment campaign for Team Dongfeng is off to a flying start. Less than three weeks after the announcement of the new Chinese entry in the Volvo Ocean Race 2014-15, Team Director Bruno Dubois is delighted with the number and quality of the applications. Recruitment opened a week after the official announcement of Team Dongfeng on October 30 and applications to get a place onboard the boat backed by Dongfeng Commercial Vehicle Company are already flooding in for both the international and Chinese spots.

“It has been an encouraging start that has exceeded our expectations considering the short time we have had to launch the campaign,” said Team Director Bruno Dubois. “The calibre of international professional sailors applying has been at a very high level, and we have also received a healthy number of applications from Chinese sailors including three female sailors.

“However, we hope for many more and we want to reach out to Chinese athletes who may or may not have sailing experience – and train them to be as good as ocean racers as possible. This race is a huge test of human endurance and all the crew will need a ‘strong heart’ and a competitive character.”

Team Dongfeng will have the interests of Chinese sailing at its core, with a significant number of Chinese in both its on-water and support teams. This campaign will be a Chinese one, racing for China and for the future of Chinese sailing, with a base to be announced in China in the coming days.

The first phase of the recruitment process is focused on the sailing team. Team Dongfeng are looking for Chinese athletes who want to be on board, and professional sailors who will race alongside them.

At the same time, they are also recruiting additional positions within the shore team, communications and sponsor account management roles. In addition to the race team, a key objective is the transference of knowledge and experience to the shore and support team, so that China can have a 100% Chinese entry in future editions of the Volvo Ocean Race.

The selection and training programme of the Chinese applicants will begin in December and run through to January.

“We will run a very intensive training programme in smaller boats and on the Volvo Ocean 65 Dongfeng at our training base in China between December to March 2014,” added Dubois.

“By April 2014 we will reduce the selected Chinese training squad of about 20 sailors to just 6-8 crew elite crew. It is our plan to select the final Chinese sailors who will race on board Dongfeng in June.”

The new one-design Dongfeng boat is expected to leave Green Marine and hit the water for the first time at the beginning of December ahead of extensive sea trials in England before shipping to China where the sailing programme will continue from February 2014. The plan is that by early April the race crew will sail Dongfeng back to Europe as part of the training programme.

“Our Team Dongfeng family is beginning to grow,” said Dubois. “The experienced Graham Tourrell is working with us as Boat Captain, Marine Derrien from France is in place as Shore Manager, we have a Chinese intern already inside the team providing an invaluable bridge with our Chinese partner, and we’re working closely with Lingling Liu, Head of Media & PR in China for the Volvo Ocean Race.

“We are building a strong mixed Western/Chinese team that we can proud of and demonstrate the ethos of our campaign.”

With Shiyan the main production base, DFCV boasts a wide range of products covering medium and heavy-duty trucks, complete bus & bus chassis in its vehicle business, cab and chassis frames in its key components and assemblies business, as well as engines, transmissions and axles in its powertrain business.

DFCV has become one of the largest commercial vehicle manufacturers. It has enjoyed the leading market position in medium and heavy-duty truck sales in China for several years.

The company can be found in every outdoor arena: oceans, lakes, mountains, deserts and city centres.

By the end of 2013 OC Sport’s international team will have delivered 22 events and more than 100 days of competition, across 32 host venues, spanning four continents. 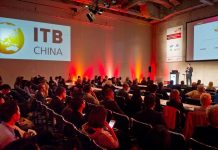