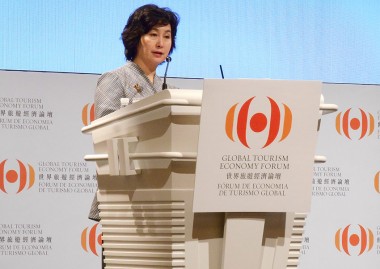 Macao (Macau SAR) – October 28, 2014 – The Global Tourism Economy Forum – Macau 2014 (the GTEF or Forum) adjourned on 28th October, concluding the two – day meeting with tremendous success. As an advanced international platform for tourism exchange and a bridge for multilateral cooperation, this edition has invited over 40 ministerial officials, globally-renowned corporate leaders, experts and scholars from around the world to address the Forum under the theme Maritime Silk Road – From Macau We Begin. Close to 1,000 delegates from different countries and cities around the world attended the occasion, including delegations from four provinces and autonomous regions in Mainland China. Approximately 180 local and overseas media representatives attended and covered the event.

Ms. Pansy Ho, Secretary-General of GTEF summarized the Forum in her remark, From our distinguished speakers, we learned that the 21st century Maritime Silk Road initiative is about economic integration and cultural diversification. We have also learned that tourism has been and will continue to be an effective tool to balance the socio-economic development along the Maritime Silk Road countries; and even to recharge and revive a country through changes to tourism offerings that are beyond the limitation of borders and seasonality. From this edition, we take away many valuable lessons: clarity of vision; political will and strategic prioritization; 360 degree relationship between all stakeholders; inclusiveness; cultural sensitivity; co-existence of competitiveness and cooperation; and appreciating everything that represents the Maritime Silk Road.

The fourth edition of the GTEF will be held in November 2015. The organizer is looking forward to carrying on the achievements of the first three editions, continuously functioning as an international platform of tourism exchange and cooperation which allows the participating tourism industry partners to fully leverage the Forum to forge broader and more inclusive tourism cooperation across industries, sectors and regions.

Meanwhile, the new addition of Pavilion Exhibition brings fascinating dimensions to the Forum through a variety of exhibitions, presentations and performances. It will be opened to the public on 29 October 2014, expected to create more networking opportunities for participating countries and regions with different sectors in Macao.

About the organizational structure of Global Tourism Economy Forum
Co-organized by the China Chamber of Tourism under the authorization of All-China Federation of Industry and Commerce (ACFIC), coordinated by the Global Tourism Economy Research Centre and in collaboration with the World Tourism Organization (UNWTO), the Global Tourism Economy Forum is hosted by the Secretariat for Social Affairs and Culture of the Macao SAR Government. The Forum also earns great support from its supporting units including Liaison Office of the Central People’s Government in the Macao SAR, Office of the Commissioner of the Ministry of Foreign Affairs of the People’s Republic of China in the Macao SAR, China National Tourism Administration (CNTA), World Travel and Tourism Council (WTTC), Pacific Asia Travel Association (PATA) and Macau Government Tourist Office (MGTO). Vice Chairman of The National Committee of the Chinese People’s Political Consultative Conference, Ho Hau Wah is the Chairman of GTEF, while Secretary for Social Affairs and Culture of the Macao SAR Government, Cheong U is the Executive Chairman of GTEF.

The third edition of the Forum is dedicated to responding actively to our Country’s initiatives of establishing the 21st century Maritime Silk Road (MSR) and leading discussions on the transformation of the MSR region under the theme of Maritime Silk Road – From Macau We Begin. The Forum also aims to explore strategic intercontinental cooperation in tourism and business opportunities across nations, provinces and cities along the MSR route. 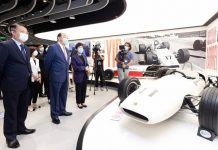 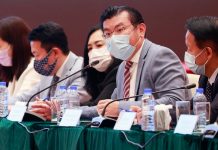 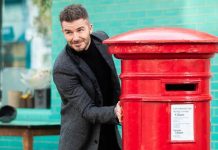