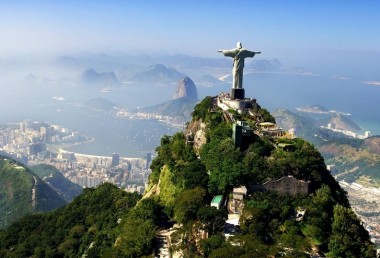 Pisa (Italy) – December 9, 2013 – The south is overtaking the north. Growth in the South American travel market continues to outstrip that of its larger North American counterpart. This is one of the findings of the annual ITB World Travel Trends Report, conducted by IPK International and commissioned by the world’s leading travel trade show, which noted an unabated lust for international travel, particularly in Brazil.

Rising by three per cent, holiday trips contributed most to the growth in international travel. The most popular types of travel were beach holidays and city breaks, which grew by six and five per cent respectively. Cruises, usually very popular among North Americans, fell by three per cent. At around two per cent, the business travel market grew moderately.

Overall, the forecasts for 2014 are positive. Around 27 per cent of North Americans intended to travel more frequently and 39 per cent aimed to travel just as often. Around 22 per cent said they wanted to travel less. Overall, international trips are forecast to increase by around three per cent.

Over the first eight months of 2013, the number of international trips taken by South Americans increased by 6 per cent, IPK’s American Travel Monitor survey found. Growing by ten per cent, the individual markets of the Americas in particular benefited from a general lust for travel. Overseas travel rose by two per cent. There was a marked boom in trips averaging less than four overnights. This segment grew by 16 per cent. Trips which took longer increased by only one per cent. Overall, South Americans spent two per cent more overnights abroad than in 2012.

As in the US and Canadian travel markets holiday trips were the driving force, rising by an impressive nine per cent. In addition to beach holidays and city breaks round trips were in great demand. They increased by 13 per cent, illustrating the difference between trends in South America on the one hand and the USA and Canada on the other, where this travel segment has become less popular. Spending by travellers at their destinations remained high, reaching 12 per cent more on trips abroad than in 2012. Brazilians frequently went on shopping tours but according to a survey, since 2008 and 2009 increasing numbers of holidaymakers have tried out other types of travel as well. For Brazilians North America continues to be in demand for shopping trips, whereas on their travels to Europe this segment would seem to be of less importance.

Once again, the forecasts for 2014 for South America’s outbound travel market are very positive. A full 43 per cent of those polled wanted to go on more trips abroad in 2014 than in 2013. Around 34 per cent had the same intentions as in 2013 and only 19 per cent aimed to travel less. Overall, in 2014 the South American travel market is expected to grow by six per cent.

Moderate figures for South America as a travel destination

Compared to the outbound travel market this year’s figures for inbound travel to the Americas were moderate. UNWTO reported an increase of 3.2 per cent. Next year’s FIFA World Cup in Brasil will play an important role. Around 600,000 international visitors are expected to attend this major sporting event. The majority will come from other South American countries as well as from North America and Europe.

All the findings are based on information from papers held at the World Travel Monitor® Forum in Pisa, which is sponsored by ITB Berlin. Every year the consultancy IPK International invites more than 50 tourism experts and scientists from around the world to present the latest statistics and trends in international tourism.

Other results of the January to August 2013 trend surveys conducted by IPK as well as the assessments of more than 50 tourism experts from over 20 countries and the core data of the World Travel Monitor® will be published exclusively by ITB Berlin. Detailed information will be available in the ITB World Travel Trends Report in early December at www.itb-berlin.com. At the ITB Berlin Convention Rolf Freitag, president of IPK International, will present the findings of the World Travel Monitor® for the entire year, as well as the latest forecasts for 2014. The World Travel Monitor® is based on the findings of representative interviews carried out with more than 500,000 people in over 60 global travel markets. It has been published for more than 20 years and is recognised as the most widescale continuous survey examining global travel trends.

About ITB Berlin and the ITB Berlin Convention
ITB Berlin 2014 will take place from Wednesday to Sunday, 5 to 9 March. From the Wednesday to the Friday ITB Berlin is open to trade visitors only. The ITB Berlin Convention is held parallel with the trade fair, from Wednesday to Saturday, 5 to 8 March 2014. It is the world’s largest specialist convention for the industry. More details are available at www.itb-convention.com. Malaysia is the Convention & Culture Partner of ITB Berlin 2014. ITB Berlin is the leading trade fair for the worldwide travel industry. In 2013 a total of 10,086 companies and organisations from 188 countries exhibited their products and services to 170,000 visitors, who included 110,000 trade visitors. 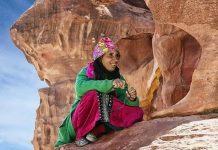 Tourism Organizations Unite to Create Coalition for the Future of Tourism 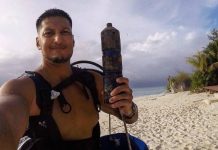 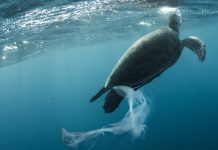