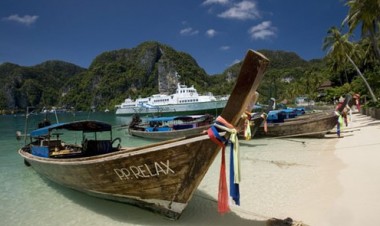 Bangkok (Thailand) – May 23, 2014 – Leading hotel investors attending the recent Thailand Hotel Investment Conference in Bangkok have expressed their confidence in the kingdom as a tourist destination, saying the imposition of martial law would have only a minimal impact on tourism in Thailand.

The Royal Thai Army declared martial law shortly before dawn on 20 May, 2014, which coincided with the opening day of the high profile conference, which attracted more than 250 delegates from global hotel investment companies and financial institutions from 26 countries. The conference was held at Bangkok’s Dusit Thani Hotel and concluded on 21 May, 2014.

This imposition of martial law quickly became the main topic of discussion with delegates querying as to whether this latest move by Thailand’s military would have any negative effects on the kingdom’s tourism.

Mr. Robert Naso, Managing Director of Clear Bridge Asia Capital and India Real Estate Partners and Mr. Pote Videt, Managing Director of Lombard Investments, both shared the view that the invocation of martial law in Thailand is likely to have a short-term impact. They also agreed that the current political crisis in the kingdom would end soon, and that the great performance and the future potential of the hotel investment scene in Thailand was secure.

Mr. Ashwani Bajaj, Managing Director of Amburaya Hotels and Resorts said Thailand remained one of the most attractive destinations for tourists from around the world given the kingdom’s natural beauty, the friendliness of the Thai people and the kingdom’s rich cultural heritage. “I believe that the impact from the political situation will merely be a short-term one. Thailand will continue to attract international tourists.”

Agreeing with this, Mr. Andreas Mattmueller, Chief Operating Officer for the Middle East and Asia of Mövenpick Hotels and Resorts said, “I’ve been living in Phuket for five years and have also personally experienced the many ups and downs of Thailand’s economy and tourism industry since the economic crisis of 1997.”

“Based on this experience, I strongly believe the crisis today means short-term pain but long-term gain. The markets will over-react initially but as for those living here in Thailand, they will know the situation is very normal. Indeed, this is a good time to invest in Thailand.”

The Tourism Authority of Thailand (TAT) is providing a daily situation update of the country’s political developments to its offices and industry partners worldwide. One of the key messages is that the imposition of martial law has had no effect on the daily life of the Thai people. In addition, there is currently no curfew in place in Bangkok or in any other tourist destinations in Thailand.

Mr. Sugree Sithivanich, Deputy Governor for Marketing Communications of the TAT said, “Its business as usual in Thailand. All tourist attractions and services, as well as airports, throughout Thailand are open and operating normally. Having said that, TAT is working very closely with all the concerned public and private sectors to ensure that visitors are in no way inconvenienced and can continue to enjoy the exciting offerings of Amazing Thailand.” 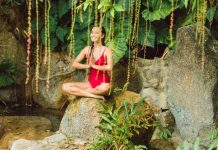 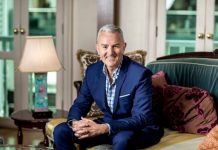