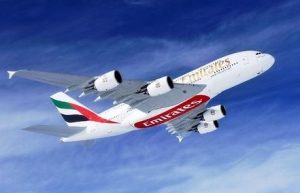 Emirates, one of the world’s fastest-growing international airlines, celebrated the New Year in a ‘big’ way by becoming the first airline to operate a scheduled Airbus A380 service to Malaysia.

Joining Captain Kwong on the flight deck for the first flight was First Officer Abdulaziz Alusaimi from the United Arab Emirates.

“We have been eagerly awaiting the start of our Airbus A380 service to Malaysia, a country that we have been operating flights to since 1996. I am sure that this historic milestone in both Malaysian aviation history and in the Emirates story will further strengthen ties between Malaysia and the United Arab Emirates, in addition to promoting trade and tourism opportunities between the two nations,” said Richard Jewsbury, Emirates’ Senior Vice President, Commercial Operations, Far East & Australasia.

“The start of 2012 will be a busy time for Emirates, in addition to launching our A380 aircraft on one of our three daily non-stop flights between Dubai and Kuala Lumpur, we are also expanding our network to include Buenos Aires and Rio de Janeiro in South America from 3rd January and Dublin in Ireland from 9th January, opening up more opportunities for Malaysian travellers and businesses,” added Mr Jewsbury.

Emirates’ A380 service arrives in Dubai at a convenient time giving passengers the options of onward connections to any of Emirates’ expanding list of over 116 European, Middle Eastern, African and American destinations. 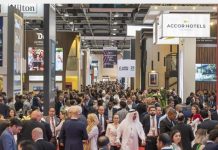 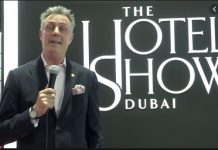 The Hotel Show Dubai and The Leisure Show Leading Event 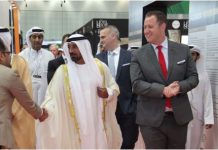